Friendly, athletic and sound, Samantha is a 16.2-hand, 11-year-old Trakehner-Thoroughbred mare seized by Sonoma County Animal Control in November, 2008. Sammy belonged to a hoarder who fed her stale bread and rotting produce and who failed to provide her with adequate veterinary care, farrier care, or consistent handling. Sammy is by the Trakehner stallion Tempelritter and out of a Thoroughbred mare.

Thanks to the kindness of a donor, Sammy went into full training with a professional trainer specializing in eventing since January of 2009. She lunges, cross-ties, stands quietly for grooming, and can be ponied off another horse. Sammy gets along with other horses and does well in group turnout.

Sammy is now under saddle and can walk, trot and canter in both directions. She engages her hind end well and is considered a "diamond in the rough." Sammy is also going out on trails, where she has been exposed to water crossings. 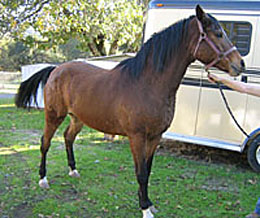 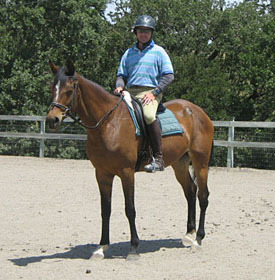 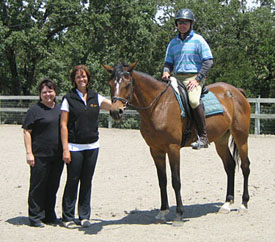 Every good Cinderella story has a fairy godmother. Angela DeCarli (pictured, far left), has not only sponsored the entire cost of Sammy's training, but also visits the mare regularly to watch her progress. The Sonoma CHANGE Program is deeply touched by Ms. DeCarli's generosity. Watch a video about Sammy in her plight to recover here:

How to Save A Life- Sammy's Story

by Daniel Rocks and Padma Video 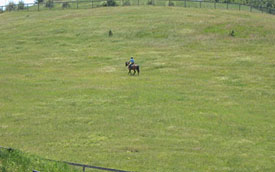 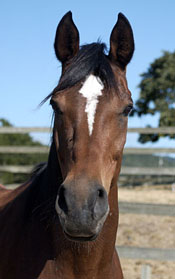 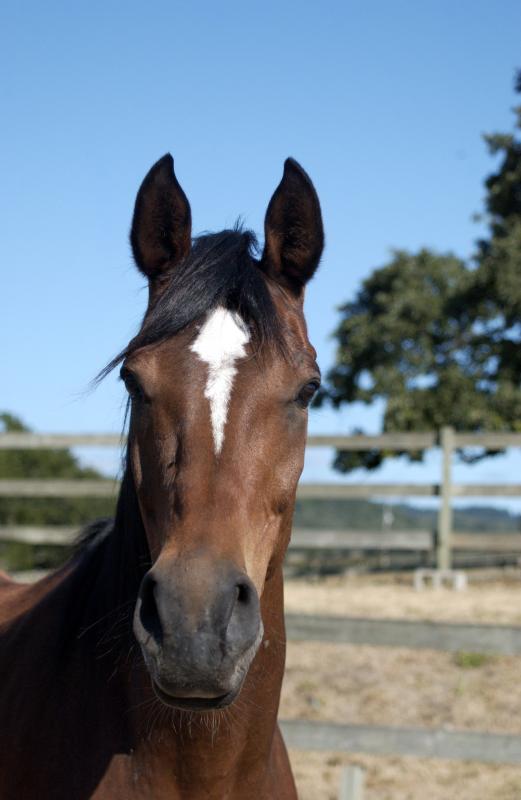