Luna is a very sweet adult female donkey that was abandoned in West Rohnert Park and found running loose on the road. She is a bit shy at first, and clearly has not been treated well in the past. She has blossomed in foster care and shown herself to be a kind and gentle animal that acutally loves attention and tries her hardest to do what she is asked. She is getting better about being caught and led around. She actually walks up and greats visitors now, whereas when she entered CHANGE, she was very frightened of humans. Her toes were extremely long when she entered the CHANGE Program. One of the CHANGE Program's dedicated farriers, Eric White, took his time and patiently worked on her feet, making her much more comfortable. She will be available for adoption soon! 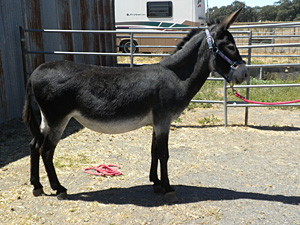 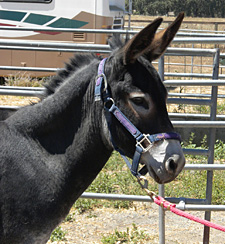 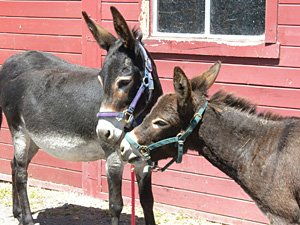 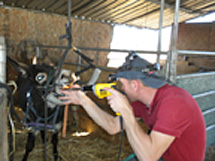 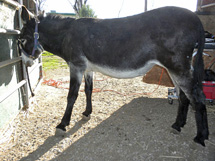 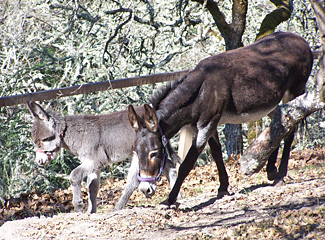 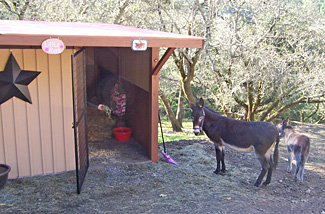