This beautiful registered 15-year old Peruvian Paso stallion was surrendered to SCACC on March 4, 2013 as part of a larger humane case. He went into CHANGE foster care for training and socialization.

After a month in foster care, Americo was euthanized due to progressive and unresolvable leg pain.During his last few days, he was spending a great deal of time laying down, and he was having difficulty bearing weight on two of his legs. Our efforts to manage his pain were unsuccessful, and we were limited by the fact that we could not touch or handle him, as he was essentially feral. The decision was made to release him from his pain. We wish the outcome for Americo had been different. Rest in peace, dear boy. 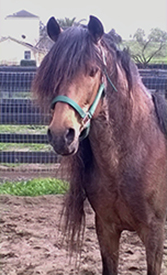 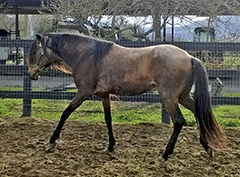