Stephen was an older grey Thoroughbred gelding  that came to CHANGE the night of October 12th, 2017, in the midst of the Santa Rosa fire storm. He and Cassie (see Cases in Rehab) were saved from an evacuation zone by our CHANGE volunteer and an Animal Services Officer. The duo had to find them on a dark mountain and jump a fence with the horses to get them to the trailer. Stephen knew the way and practically led them to safety. Our vet determined that unfortunately Stephen was suffering from several debilitating issues, including melanoma with large tumors in his rectum that prevented him from passing manure properly, as well as a hind end injury causing lameness. He was also severely underweight. The decision was made to humanly euthanize him based on the fact that his condition would not improve and caused him great suffering. He will always be remembered as an incredibly kind and generous horse. 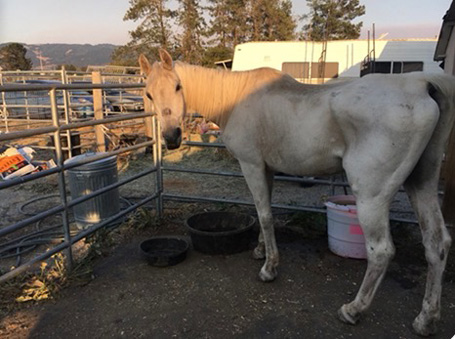 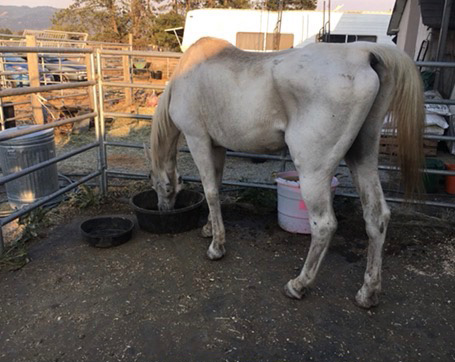 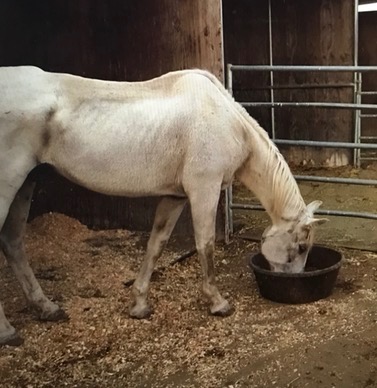